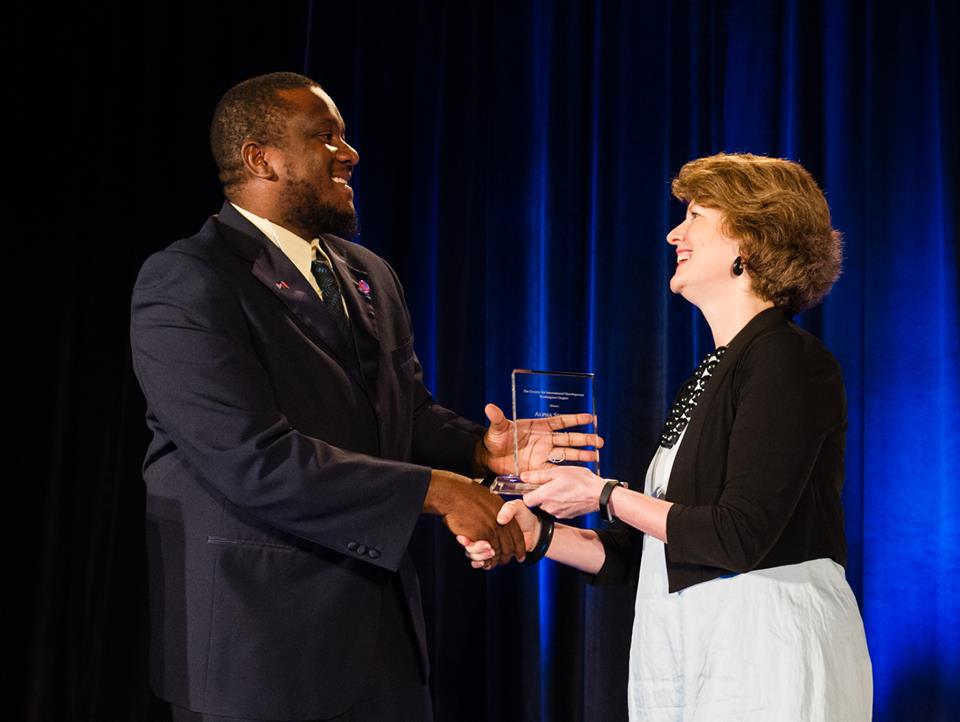 Meet Alpha Sennon, the 2018 RICE award winner, for his work in innovation and leadership among young people globally. Alpha is from Quinam Road Siparia, deep south of the beautiful paradise island of Trinidad and Tobago.  🇹🇹Today, Alpha received the award at the Society for International Development, Washington Chapter Annual Conference in Washington, District of Columbia.

When Alpha was called upon to receive the award today, the 800+ persons present stood and showed him appreciation by giving him a round of applause.

During his speech, he gave the audience an exciting story of his journey of how he got to the point of being on the stage today. The audience clapped and cheered as he did his entertaining AGRIman raps and rhymes. He thanked many persons and organizations including his wife, his brother, parents and his team. Organizations such as Kirchner Group, Thought for Food and Young Leaders of the Americas Initiative – YLAI was mentioned during his speech.

After Alpha’s exciting talk there were literally a long line of people waiting to speak to him.He indicated that the networking was awesome for the entire day, every second someone new wanted to speak to him.Someone told him that it is  the best ‘thank you’ speech they ever heard.Another person told him that his mother and father may be really proud of his achievement. 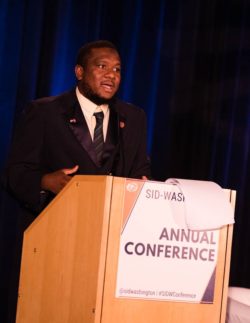 Our team quickly met up with Alpha to ask how he felt about the award and he said” #Farmtastic”, he indicated he is just getting warmed up and he is hungry for more. He encouraged young people to keep growing, going and glowing and don’t matter what DO NOT give up. Be consistent and committed and show steadfastness.. he said that the award is a win for all #YouthinAgriBusiness globally.

It is great when people appreciate your work and even greater when they acknowledge you for it, it keeps you going and gives you that added #EnerTree that’s needed..

Please consider making a donation to Why Farm. Your donation would help us produce new educational material and encourage the future of agriculture in our youth.